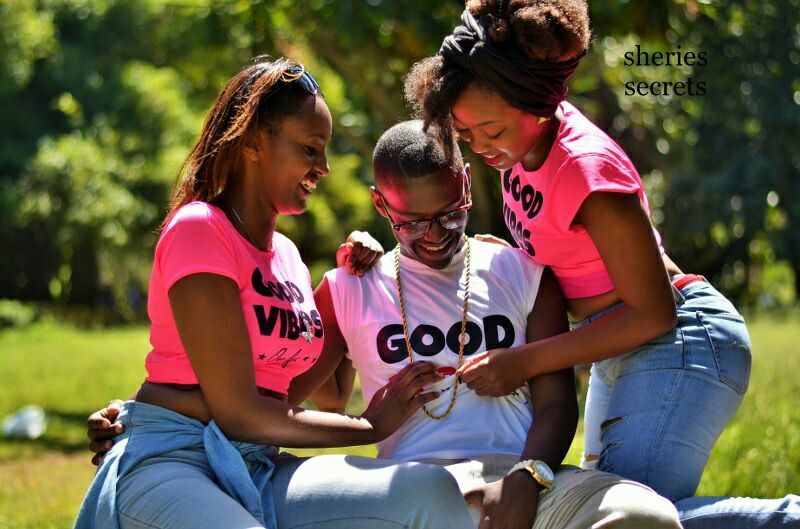 Between you and me, I hate photos. I strongly hold the opinion that men should not have too many photos of themselves in their Gallery; or make duck faces in front of a camera; or take a lot of selfies. A man should know his rightful place in the society; like playing FIFA or drinking Whiskey or kissing random girls under the influence. A man should know how to polish his shoes and eat a sandwich without spilling things on his shirt and throw a punch and duck from one. But a man should never have to take a lot of selfies. Or walk into a joint and say, “White Wine, please. With a slice of lemon on the side.”

A couple of years ago, my boy – Dennis Wyre – introduced me to this modelling agency; Versatile. You chuck 2K for Registration and all you have to do is go for photo sessions every other Saturday and they’ll call you when a gig comes up. Now, first of all, I drink like almost every other Friday [even when I’m dead broke, especially when I’m dead broke], which means I’m always too hung-over on Saturdays to even leave the pad. Secondly, I don’t know how to pull off fake smiles. Photo sessions require you to smile, even if there’s a spiky snail crawling up your butt-crack. You have to smile; you don’t want to be the guy that comes out looking like Ice Cube or Bifwoli Wakoli when the photos are released. The only [amusing] thing I loved about Versatile photo shoots were the ladies. Chics love photos; chics can kill each other for a moment in front of the camera. They put their best foot forward, literally. They smile like goddesses and wear heels taller than the Eiffel Tower and walk gently; like they’re pieces of glass or some shit. They put on loads of make-up that conceal the pimples and signs of Athletes Foot disease growing on their faces. If there’s one piece of advice I can give men it’s this, don’t marry a model; with make-up, they look like Megan Good, without make-up, even Young Thug’s got bragging rights before them. Marrying a model is like marrying two completely different women; when she’s all dolled up for a night out, you feel proud walking her by your side. You want to hold her close and look into her eyes and see stars twinkling in them and never let go; but when she wakes up the following morning, after all the make-up has wiped out beneath the sheets, the only thing you want to look at is your face in the mirror when you’re saying, “How the hell did this shit happen?” 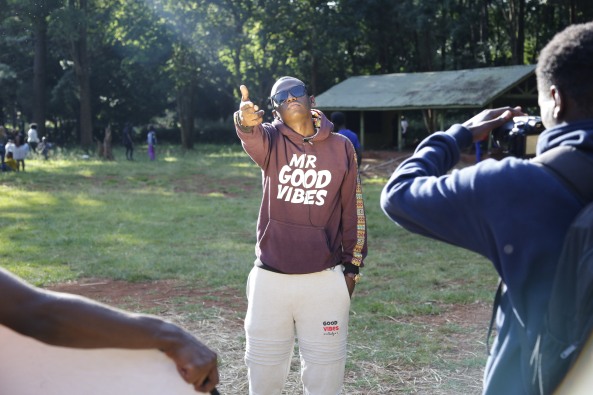 Suffice it to say, I went for a couple of photo shoots and then stopped. I just faded, away, into oblivion, without as much as a goodbye or an “It’s been real guys” quip. I know they don’t miss me, but sometimes I just wish they would at least text me. Even just to ask how my day was. Chips Fungas, you guys understand this, right?

Anyway, so Dennis Wyre invited me to an outdoor photo shoot of his clothing line a couple of weeks ago, at Arboretum Grounds. You guys should know Dennis Wyre, right? Co-founder of DilRay Inc , now runs Good Vibes clothing line. I once asked him why he settled on the name ‘Good Vibes’ and he simply said, “I just wanted a feel good lifestyle brand.” Then then he added, “Besides, who’s got time for bad vibes anyway?”  Hence, the title of this piece. Catchy, eh? No? Okay. 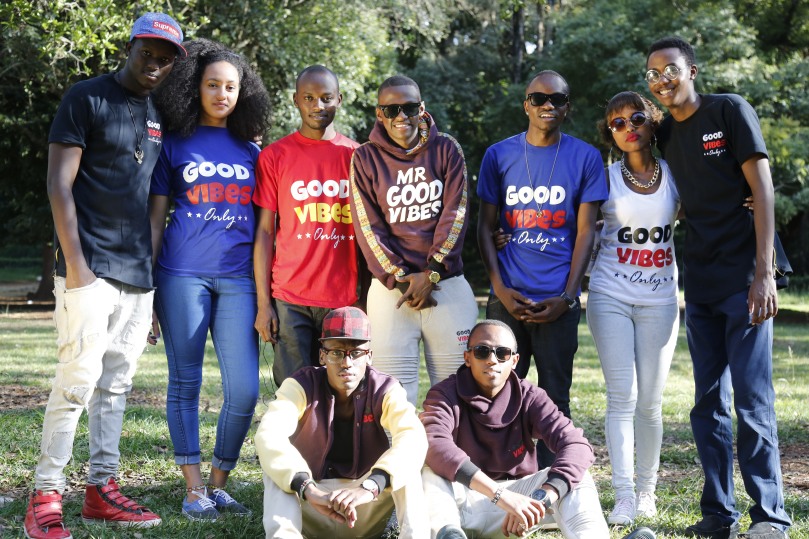 By this generation’s standards, Wyre is a bit of a cool kid. He has over 10K Instagram Followers; his pictures come with hash-tags like #InstaFresh, or #ShoeGame, or #FeelingMyself; he calls his peers ‘Fam’; and he introduces himself on camera as “It’s yo’ boy…” I went to that photo shoot for three reasons; One, Wyre is my boy, and boys always come through for boys; Two, I like the hassle ladies go through to appear perfect for photos. I like how they pose and the faces they make when cameras flash and how they brood when a Photographer is delaying with a shot; Three, the invitation text read “Beautiful ladies only”. So I asked Wyre if I could bring a plus one and he texted back, “Send me her picture first.” Ladies and gentlemen, this is where you scroll through your contact list and shit gets so real you decide to just text back, “You know what, I think I’ll just come by myself. Si that would be less baggage?”

I swung by town circa 11 a.m. and Wyre and his peoples picked me up in this bluish sexy Rav4 whose insides stank of pizza and burgers and Hugo Boss cologne and…you know, just rich people stuff. You know you’re doing something wrong in life when a guy you shared a room and broke bread with in first year is driving a Rav4 and you’re just there at the backseat, reeking of Vaseline jelly, staring outside the window and marveling at how tall Anniversary Towers is. 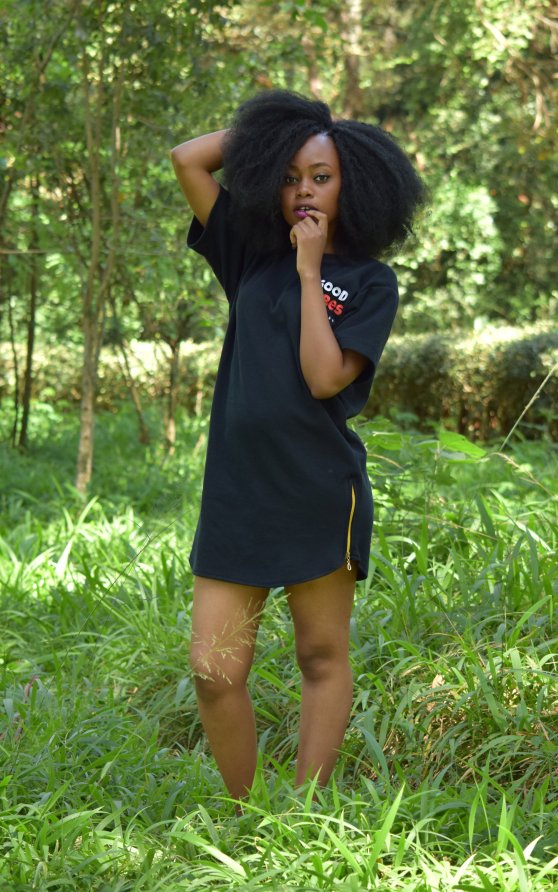 [Quick Pause, Guys, Can we all just agree that this chic has nice legs, aye? Hehe.]

Before cameras began clicking, some light introductions were done and when Adam – the talkative chap who was introducing us – got to me, he said, “And, guys, this is Ian Duncan, he’s a very cool Writer.” I smiled, felt like a million bucks, felt like Donald Trump’s hair, and – for a second there – almost blurted out, “Oh, Staaaahp!” But then he added, “He’ll be manning the clothes for today” and I went “Great, watchman duty. Just perfect.” But Adam is a warm fellow; he’s those guys you will meet on the first day but feel like you have been boys all your life. He will engage you as you walk down University Way, and at some point he will ask you where you stay – just for shits and giggles – and you will say “Juja.”  Then he will let out this boisterous laughter, give you a certain look of sympathy – like that one we give those street kids who ask us for cash near Archives – and say, “Man, How do you survive in that place? It’s like a bloody desert down there.”  And you will restrain yourself from saying, “Well, seeing as we’re camels, we get by.” Hehe. 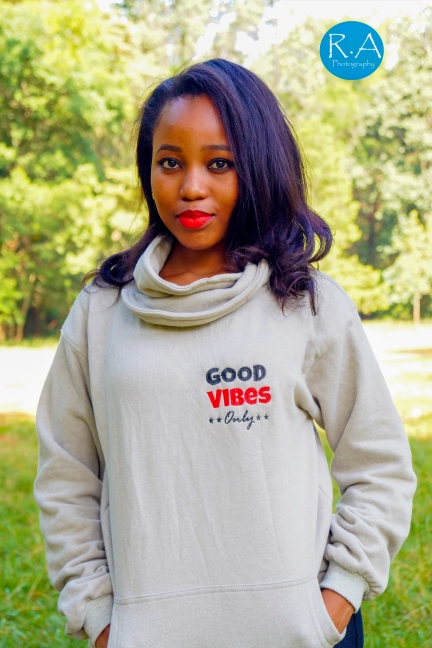 I have a confession to make; I’m a boring guy. I’m not as funny or as cute in person as people think. People come here and read my shit then draw their own images of me in their minds. I’m that guy that minds his own business; I don’t talk to a lot of people, a lot of people don’t talk to me, and – as weird as this may sound – I like it that way. At events like these, I sit at some corner and look at people creepily and judge their hair styles and make snobby comments at their weaves and giggle at their walking styles and – occasionally – when some girl with a packed ass walks by, I just smile and say to myself, “Damn, Whoever said the way to a man’s heart is through his stomach was a fool.”

This one time this model came to my station [I was entrusted with the very heavy responsibility of manning the clothes, you guys remember, right?] and started ransacking the sack of clothes, looking for something to wear. I was standing right there, she never said a word to me, just went about looking for that crop top and sweat-pant that she really wanted to take pictures [possibly for the ‘gram] in. Then when she couldn’t find it she looked around and asked, “Excuse me, who’s here? I’m looking for a pink crop top but I can’t find one.” Adam pointed at me and said, “Talk to him.” Then she gave me a cold hard stare – like she had just seen a friggin’ cyclop or something – and went, “But he’s not even talking to me.” I swear, I was a second away from grabbing her softly by the arm and saying, “But I was standing right here when you came. What, you thought I was just some fucking statue? Or you wanted me to bow down and say ‘Welcome, Princess. What can I get for you today?’ like those waitresses at Java? Maybe also massage your feet and kiss your palms in the process?” 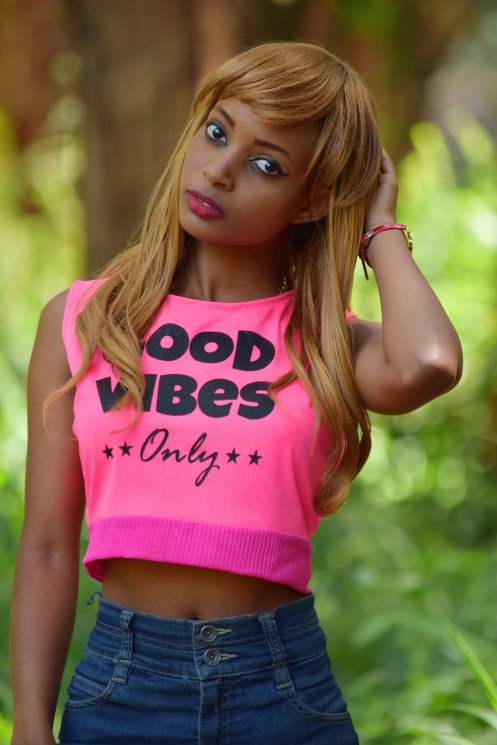 Also, I have a problem with men walking around bare-chested. I mean, fine, we get it, you have a six-pack, you have a ripped chest, you go to the gym and we don’t, yiddie yaddah, but just put some clothes on for crying out loud. This is a public place, not your bathroom.

I have met and interacted with a lot of young Entrepreneurs, but I have never met any other as driven as Dennis Wyre. The guys knows what he wants in life, he’s motivated, he pushes himself to the limits, he knows his shit, and – sometimes – he’s also full of shit. Hehe. Like sometime back he told me he was looking for another business to invest in. I asked, “But why do you need another business? The clothing line is already doing so well” and he said, “The average Millionaire has at least seven sources of income.” I texted him back three lines of those laughing emojis with tears spurting out of their eyes. 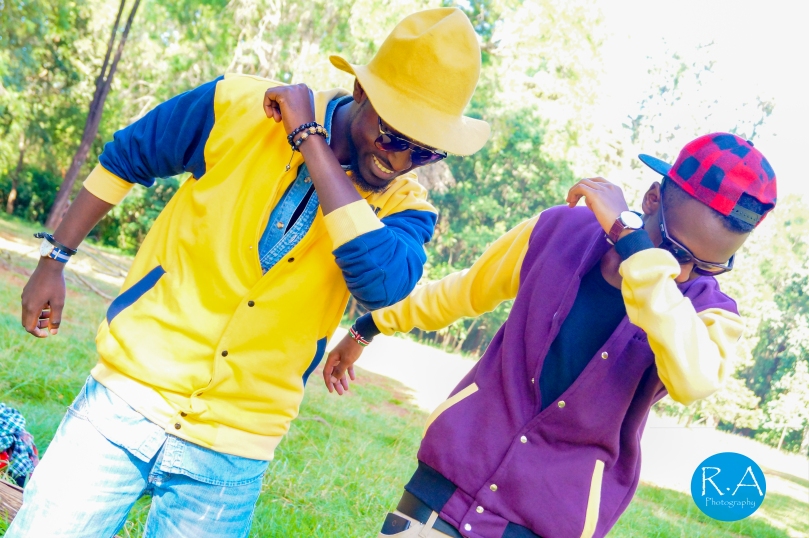 But, in all respect, the photo shoot was a success. The ladies were a sight to watch [I mean, guys, look at those pictures though] and the gents – save for that walking bare chest thingy – deserve pats on their backs as well. My hats are tilted. Wyre also brought these two guys to make an after movie out of the photo shoot. Mimi, in all honesty, I thought those guys would do a whack ass job. No kidding. But then I was WhatsApp-ed that after movie the other day and I said to myself, “Shit, Khaligraph Jones should hit up these chaps to direct his next video.” [But, seriously though, Khaligraph really needs to stop shooting every damn video in Kayole.] 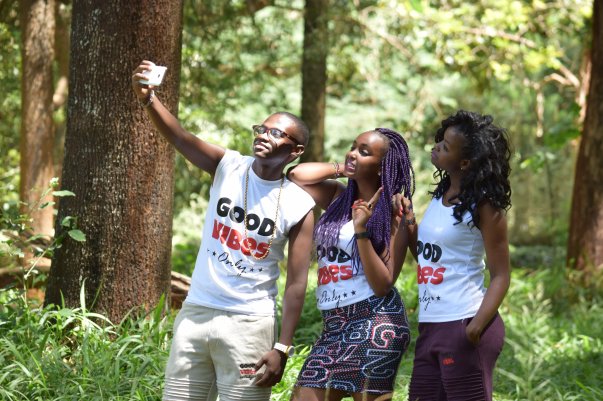 I don’t know, maybe you guys will differ, maybe you will agree with me, but for what it’s worth, watch the VIDEO – it’ll take barely five minutes of your time – tell Wyre what you think, and while you’re at it, also mention you got that link from this blog so he knows I’m a bigwig in these streets. Hehe. Also, because I’m terribly lazy, I can’t post all the photos from the photo shoot here, so if you’re one of those men who get high on a lady’s smile, or you’re one of those mamis who go cuckoo over a guy’s abs, then just view the rest of the photos from HERE

Before I wrote this piece, I asked Wyre if it was OK to publish. He agreed, under one condition. Apparently I have a reputation of never writing anything positive about women here. So he asked me to be nice, that some of the ladies are sensitive and can easily catch mafeelings. Guys, you don’t think I was so hard, do you? No, Really, do you?

21 thoughts on “BECAUSE WHO’S GOT TIME FOR BAD VIBES?”