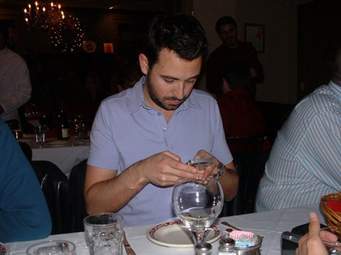 I went to both Primary School and High School with Eric Winston. In Primary, he always came First; brilliant chap. In High School, he was the football team Goalkeeper. Hehe.

Considers himself some sort of a Smart Ass, his WhatsApp status reads, “I use Sarcasm because it’s illegal to beat up people.”

Remember when some nice-looking lady with a crooked behind sat pretty in office while her employees were buying dildos with your taxes? It’s sad that there are rumours she wants to be a Governor now, because I would run to the remotest cave there is this side of the Equator and hide there for the rest of my life. I’m not sure which one, between being a Ministerial head and holding a Gubernatorial post, has lighter duties. But if you can’t stop well educated people from blatantly including sex toys in a public budget, I don’t really think you can lead thousands of illiterate former city council askaris who were mostly employed on who-do-you-know basis and were absorbed into their new posts because getting rid of them was more difficult.

We have a society full of people who need help, serious help, but don’t even realize that they do. We’ve had future leaders die from plain drug overdoses, and their deaths blamed on unclear circumstances. Harambee Stars have, on more than one occasion, been sabotaged by sex addicts who sneak out of the team camp for random lungula on the eve of a game. And have you heard of that Shabana FC fan who thinks he is the ONLY ONE fit to run Kenyan football? Such fuckery!

But forget these ones – they are serious cases that can only be helped by prayers from The Mighty Prophet of The Lord, even though he himself needs help (before he creates the next ISIS from the people he’s brainwashing, just my two cents).

There are minor offenders, people whose actions don’t have much influence in the society. People whose scale of impact and decisions they make are negligible. But they need help all the same, before they self-destruct, because it’s just annoyingly tiring to be around them sometimes.

These are those folk who are always typing into their phones you would think they are data entry clerks or some shit. Ask them to do something, and they will be on their phones two minutes into the task. It will take them 90 bloody working days to complete a 30-minute task. They spend 99.99% of their waking hours replying to a chat. This – ladies – is not to say you should reply to a text 3 days later, but you should distinguish between your private life and social life. Have time for people you care about but are far away, and in the same measure have time people you may not care much about but are right next to you. And have time for yourself too.

You should be concerned when you go to bed past midnight yet there’s nothing significant you’ve done that day. Come to think of it, you can’t chat with one person for over 12 hours each passing day. Simple logic tells you that these people are cheaters too.

Who are you talking to all the damn time? Who is that person you can’t tell you’re taking time off your chat to do something meaningful? What do you say to each other all that time? Are you tracing the Eurobond?

Have some principles, tell people not to text you after 10pm, don’t text at the dinner table, keep your phone away when having face to face conversations, get your shit together.

The allure of easy money is mouth-watering; let’s not beat around the bush on this. Otherwise we would know where our $999million is, and our Supreme Court wouldn’t sacrifice its reputation for a $2million bribe. So while our government is embracing the Biblical philosophy of ‘to those who have, even more shall be added to them’, it is a blessing in disguise for the entry of sports betting into Kenya.

People however need to understand that betting is meant as a leisure activity and not an investment. Betting is becoming the main occupation amongst the youth of today. We should be worried about the impact of betting in the next five or so years. If you can’t see a reason why, visit any campus and find students betting with their parents’ hard-earned money meant for their school fees. Worse still, ask them what they will do with the money in case they win. If their answers still don’t get you bothered, check into the nearest mental institution, you have way bigger problems than theirs.

At this exact moment, there’s some nosey Internet stranger waiting for you to say something so they start ranting. They have a certain unexplained bitterness welling up inside just looking for the smallest of cracks to come out. No matter how small your post is, they will always find it sensitive and/or offensive. Even when it’s just a mature argument, there are always those people who will resort to insults and unprintable expletives at whoever does not share in their views. I mean, who hurt you? Who stuck their finger up your ass? It’s never that serious.

You can lie to yourself that your social media life is different from your real life, but the two are correlated and your online bitterness points at an underlying problem in real life.

We all understand that everyone is imperfect in their own respective ways, and everyone wants to be accepted with their imperfections. The problem is that there are some perfectionists out here, some holier-than-thou wannabees, who want to be accepted for their imperfections but are not willing to accept others with theirs. Such are people who, upon realizing that they have an inadequacy, try to hide it by highlighting others people’s weaknesses.

Accept yourself the way you are, and accept others the way they are. Life is not a play where a given script has to be followed. If the Pope didn’t deem himself fit to set standards, who are you? Who the fuck are you? 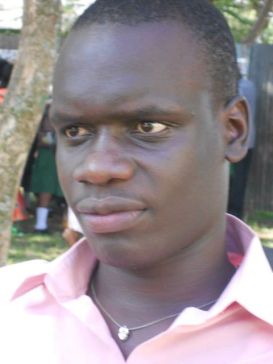 ” I was supposed to be the Kenya National Football Team #1, but shit happened somewhere in between 2009-2010. Now, I’m an Upcoming Sports Writer who occasionally indulges in other topics, like this one here. I’m a Chelsea fan, on loan to Leicester City till the end of the season, just because Arsenal is in the title race. And when I’m not doing any of these things, I’m a kick ass Communications Specialist. “