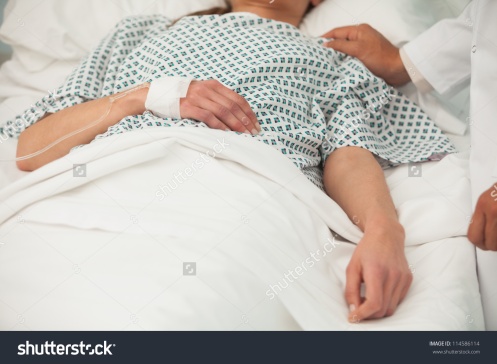 As Written By Austine Arnold

Let me tell you something you may not know.

One day, your body may decide to turn against you. On a fine crisp morning like today’s, after several years of being relatively healthy, your immune system may wake up in a bad mood and start fighting your very healthy organs and tissues.

You will have no clue what will be going on but when you visit Dr. Samuel Juma at Doctors Plaza, he will tell you your kidneys are failing, or your lungs barely functioning. That’s the morning your life will take a swerve: a completely new turn. That morning most of your life will crawl out through the ventilation of the diagnosis room into the sordid outside air.

Dr. Juma will tell you about a condition called Lupus. A condition you had no clue even existed. A condition that cannot be treated, only managed.

More of your life will escape through your legs into the ground, as if your body is an earthing device.

Lupus is a chronic, autoimmune condition where the body’s immune system gets manic and begins to attack healthy tissues and organs in the body. Autoimmune here means your body cannot tell the difference between foreign invaders such as viruses and your body’s healthy tissues and therefore creates antibodies that attack and destroy the healthy body tissues. Imagine how sad that is!

It is a disease of flares and remissions. It therefore normally relapses in the form of flare-ups and remits at other times and the patient is well. It also exhibits itself differently to different people but Systemic Lupus Erythematosus (SLE) generally results in inflammatory reactions in most patients.  Your body therefore swells and bulges. There is accumulation of fluids in your face, stomach, legs and most of the body parts. And the accumulation saps all the energy away from your body.

The thing about a condition with flare-ups and remissions is that it destroys your cycle of life. One day you could be hearty, happy and content, and the next you are strained by excruciating pain. It takes away most from your social life and career. Even when you are well, you never know when it will relapse into flares again. You therefore are constantly oscillating between moments of being well and moments you wish death on yourself. Between being bed-ridden at hospital and being at home.

Autoimmune disorders exhibit themselves in different ways, and are constantly misdiagnosed. Most Lupus patients normally do not realize their condition at early stages due to misdiagnosis. Most doctors only realize it could be Lupus in the late stages. It’s a story of resilience in pain.

When my friend Ken confided in me and told me the story of his sister who had been battling Lupus, it was intense to say the least. I, like you, had no clue what Lupus was. And I had to sit there as he explained five grueling years the family has withstood. He told me of the toll it took on the family and how the family has now decided to take Joyce to India, to see what that would mean for her. He told me of a woman who for those five years has been smiling like life has the most meaning to her. A woman who does not take every waking day for granted like most of us do. That’s how as a writer a story gets thrust onto your palms. I accepted to tell her story.

True to what Ken said, the first time I met Joyce she was smiling. A smile leaves a great first impression on all of us, one that is never easy to erase from our minds. She was seated on the couch watching The Surgery Ship on TLC. At first glance, she was any normal person. Her inflammations were not as pronounced other than on her legs which were neatly covered. I had expected I would be talking to someone by her bed side (which gave me chills). So for a while we watched The Surgery Ship together. The Surgery Ship is a show where a group of top doctors are going round the world performing complex surgeries on a ship.  This episode is on this Nigerian boy who has a tumor that has covered his left eye and bulges from the forehead. The thing about the show is that everything is done on camera. So you watch how the surgery is done. For someone who ducked Medical School because of being vain, I closed my eyes and avoided the ‘unpleasant’ sections of the surgery. She told me she watches the show whenever she can. I filled for myself it’s probably because it gives her the conviction that there are people in the world who suffer far worse, and that she isn’t alone.

When we settled for a chat, it was curious how she lit up every time like the pain she was undergoing was nothing. For a vain man again, every time she mentioned God (which was every time), she struck some chords in me. She was jovial, but you could see the pain by the paleness of her skin. It was a smooth pale, one that recounted its own tale of survival. Her hair too was short and soft, the kind that take time to grow out of their roots. But the thing I noticed more about her were how her eyes still had an unbowed look, that whatever she had gone through, she was still ready to face every day unbowed, unbent, unbroken.

She recounted her five-year journey with Lupus and overwhelming moments came to me in gushes. How she had at first been misdiagnosed with Rheumatism until later on when the Lupus persisted. How for five years she had oscillated between hospital and home, and the hospital was more home than home itself. Her struggle with immune-suppressants such as Mofetil that meant more life to her every other time as they were her survival. Her story on how she could be in remission and the next second the flares start that she could not even breathe. Her story on how her inflammations were so severe and how at one point she had an accumulation on her stomach that people always asked her if she were pregnant.  How from last year September till January she had lived with a pipe on her sides. Hers was a story, one she told me without letting back, and without shedding a tear. I sat there wondering how crushed I would be if that was me. How teary I would be.

When I asked her what made her wake up each morning and want to go on living, she was curt, ‘God and Family’. She was indebted to God, and that she repeated with each passing statement she made. But she glorified her family too, how they have been there for her every single time she relapsed. Theirs is a tight-knit family. Her condition has brought them more together, and its lent credence to that old saying, when the chips are down, its family you rely on. She may have lost contact with her friends, but family has been immeasurably supportive.

She feels bad for having lost her social life, and especially her career. She told me if she got well the first thing she will do is get back to job. She misses it, and yearns to go through the thrill of it once more. I asked her the one lesson her five-year journey with Lupus has taught her and she told me, ’Hope. The one thing you must never lose’.  One of her friends died last year with the same condition, but she believes God has not brought her this far just so she could reach this far.

This article is about a condition a majority of us remain ignorant about. A condition we erroneously assume could be Cancer or HIV/AIDS. A condition our government and health institutions do little to create awareness about, and has relegated that job to non-profit organizations such as The Lupus Foundation of Kenya and The Kidney and Lupus Society Kenya. A big shout out to the work they are doing. This is about a condition that ail over 5 million people around the world, and that kill thousands yearly. This is about a condition we need to know about and we have to create awareness that it can be managed. That one can live life with Lupus. A fulfilling life.

This article is also about a story on resilience. A story on how one woman has weathered five years with Lupus and knows God has even better plans for her life. A woman who refuses to give up on life just yet: who smiles knowing tomorrow will be a better day. This article is about Joyce and the people who battle Lupus everyday hoping to one day win the fight. You will. That kid with a tumor on her face in The Surgery Ship may never have believed his better days were ahead, now he basks in the glory.

This article is about hope: the one thing you must never lose.