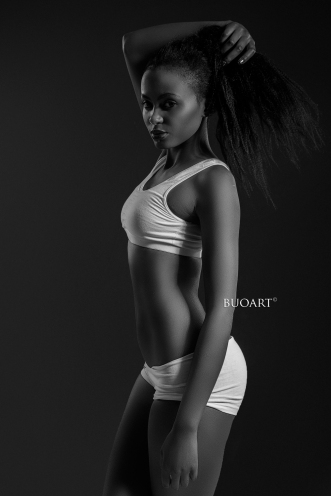 Okay, I’ll admit it, I only joined Instagram for stalking purposes. I’m not much of a picture person myself, so I didn’t really understand what all the fuss was about Instagram in the beginning. But a couple chums of mine would keep coming at me with pictures of these stunning belles on Instagram with ample asses and asking me to rate them and I was like, “Daamn, I gotta get me some of that” you know. I mean, we’ve already established that I like fine ass, Yes? It doesn’t necessarily have to be big. It just has to be well-formed, you know. A sexy ass (does that make sense?); an ass that is not too much trouble swinging around the kitchen; an ass just firm enough; an ass that covers the seating space just perfectly, neither overflows nor floats on the chair. An ass that walks into a room and when it leaves, declares “I came, I saw, I conquered”. Do you guys get the picture I’m trying to paint here? I like my women Huddah Monroe-ish, not Vera Sidika-ish. You dig? 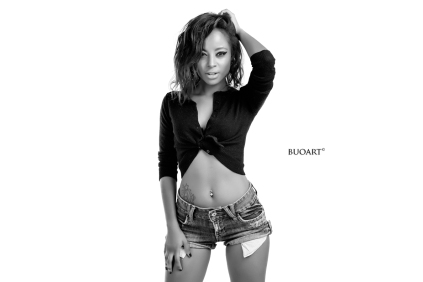 Besides, I was getting tired of running into people and hearing, “Yo, did you see that twerk video Noti Flow posted on the ’gram last night? Maad you guy.” Then when I’d say I wasn’t on Instagram, I’d be told how backward I was; How stuck in time I was; That I was still living in the ‘50s; That I had some styling up to do. Right, like saying “Yo” in 2015 is being ‘styled up’.

So I bowed to the pressure and finally joined Instagram a few months ago. By the way, while we’re on this topic I might as well get a few things off my chest, there are three types of Men I don’t like [‘hate’ is a strong word] in this world. Men that don’t take Beer; the ones you walk into a club with and they order an ice cold Black Ice and drink from those glasses with really long stems. Men that carry their women’s handbags; Let me just make it clear here today, If we run into each other in town and you’re holding the missus purse for her – hata kama ameingia tu hapo kwa hizo choo za kanjo for a quick dump – rest assured, we cease to become friends that instant. Don’t even try waving at me, I have bitch-phobia. Unfriend me on Facebook, Unfollow me on Instagram, Don’t retweet my shit on Twitter, don’t even think about texting me on a Friday night asking, “Mpango ni gani?” I will put a restraining order on your ass. Be wary of guys that carry their ladies’ purses, uptight folk, those. They’re those fellows that will begin giving you life advice when you’re busy getting drunk. Men go out to get wasted, talk crap about their women and make bad decisions. So don’t come up to my table with that “go easy on the bottle” shit. Who died and made you Mututho?

Then there are those Men that call Instagram ‘IG’. For a lady it’s fine. But for a guy, you come off sounding like those chaps that shed tears when their favorite character is killed in a movie; Chaps that peep at other guys’ weapons in the Gents; Chaps that carry pocket tissues.

Anyway, Instagram is alright; Data-consuming as shit, but alright. There are just people I think you shouldn’t follow though. For instance, there are those people you look at their ‘FOLLOWERS’ section and it displays 100 000. Then you look at their ‘FOLLOWING’ unit and you see something like 30. Or 0. These are people that don’t deserve you. These are people shitting on your face, all the while telling you, “Suck it, bitches!” By clicking that ‘Follow’ icon, you’re basically sliding your tong’ue up their ass cracks in between deep mumbles of “Mmmmh. Yummy” I know how that sounds, it was purely intentional.

Then there are those people whose profiles read such bitter things you begin to wonder what they’re so mad about, and why they want everybody to know about it. And this is mostly ladies. Bios like these:

Ladies, what is it yawa? Who woke you up from your Idris Elba reverie? Life is too short to be mad at imaginary people. But if you look something like Khaligraph Jones’ ‘Julius Yego’ video vixens then, by all means, your frustration is understandable. My deepest condolences.

There are also those very rich people; or celebrities. I usually don’t understand why someone would bother following personalities like Kim Kardashian, Beyoncé, Rihanna, Vera Sidika and This Is Ess.  I mean, these are people that post pictures of their escapades in yachts somewhere in Ibiza or hotel reservations in Dubai or wine-tasting sprees in France with glasses of 1985 Richebourg Grand Cru [don’t even pretend like you pronounced that right] in hand. Meanwhile you’re just seated there – somewhere in Eastlands – in the confines of your bedsitter, with a plate of ­Chapo-Mbosho staring at you right in the eye lids. Lanes, people. Lanes.

There’s just one thing I don’t understand though, why do celebrities think their young’uns need Instagram accounts too? I mean, look at Jamari JamJam, DJ Crème de la Crème’s kid. [And forget North West, Jamari JamJam is the most senseless name I ever heard. Shit sounds like some exotic toy for middle-aged women who can’t get laid]. Or Gweth ‘Geezy’, Rabbit’s baby girl. Or Tiffah, Diamond’s princess. Hell, even Janet Mbugua might just create an account for her little rascal too. [And I say “little rascal” with no hints of disrespect whatsoever.]

So you will check Jamari’s Instagram feed on a dim Friday morning and see a very adorable picture with captions like, “Dad just left for work, I miss him already”. Or on a sour Wednesday afternoon and see a picture of the rascal’s Mum with a caption of “#WCW #WCE I love you Mum”. Or probably on a warm Saturday evening, you’ll see a selfie of the rascal holding onto a box of Pizza captioned, “#WeekendTings  #SelfieManenos  #Food  #Hungry”.

Now we all know a boy that age couldn’t probably know how to navigate around the web yet. Which means, someone else is most definitely running that account; expectedly. But that’s not even the problem here. I’m more concerned with who the fuck is teaching their kids how to take a damn selfie? And who’s telling them it’s OKAY for a man [even a little one] to say shit like ‘Tings’ and ‘Manenos’?

To the Odieros reading this, kindly bear with me, there’s just no way I could ever say this in English – or proper Swahili – without losing its intended meaning: Sipendi kubebwa ufala!