First things first, I don’t know why nobody ever believes me when I tell them I’m a model too; except that I’m the commercial type, not these runway punks. See, runway modelling asks for waay too much than a guy like myself can offer. A couple of years ago, when I was still a freshman, I went to town to audition for some runway modelling gig and those guys didn’t even look at me twice. Soon as I appeared, they asked me if I had read the requirements memo and when I replied in the negative, they simply barked “Next” and signaled me away from their sights like I was some stray dog feeding from their left overs; Or some useless piece of trash stinking up their free fresh air; Like I was a nobody. Never ever felt insulted like that before. Never told anyone about it, swallowed that shit like a man and left with my head held high.

I later went through it and understood why. They stated that six packs were a must; that there was no way one would strut that runway with a sagging stomach, looking like you’d just gobbled up a live elephant. Neither would you with a malnourished belly; one from which even a blind person could count your ribs with as little effort, looking like the last meal you ate was back when Jesus hoofed the earth performing turning water into booze and whipping hawkers in church. Back when the word ‘ass’ was only used in reference to an animal on all fours.

It also stated in there that you had to be a certain height to make the cut. Meaning, short mofos like me had practically no chance in hell. How do I put this to my fellow dwarfs out there dreaming of becoming runway models without actually hurting their feelings and coming out as a complete douche? Well, let’s just say Raila has a better shot at the house on the hill come 2017. Don’t tell me, I know that wasn’t funny, smarty pants.

You even had to be on a diet; consisting mostly of water bwana. And no booze!! Eti sijui alcohol makes your body weak. Omera those people should see me swing a punch after three shots of Grants. I could knock out Floyd ‘Money’ Mayweather without even flinching. That shit makes you more bad-ass! Mututho can kiss my hoot.

The rants went on and on with some part even implying that folks [especially the ladies] with lighter skin had a 50 plus 1 percent chance of being picked. If that’s not racism, I don’t know what is. Hell, they might as well just have placed a big poster on their doors saying, “NO NEGROES ALLOWED”.

Technically, they were looking for an all-round perfect person. Probably some guy with a laudable set of snowy teeth that partakes a meal of Ugali-sukuma using a spoon and fork and removes the chaff from his mouth with dental floss. Some guy with a neatly stacked pack of abs that make ladies drool in their sleep and feel like unleashing a pair of their boobs all over his face for an autograph. Some guy with a strong bust-out chiseled arm you’d feel like you were run over by a train if he shook your hand (Am not talking about you Katana). Probably some guy who shaves his head every morning let alone the fact that it’s already bald (Okay, now I’m talking about you Katana). 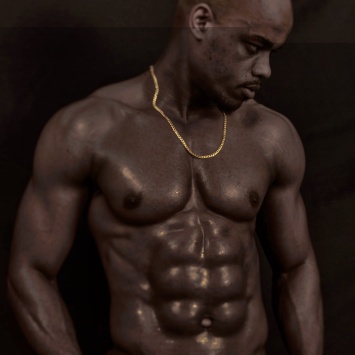 But I was clearly not that guy. I don’t eat Ugali-Sukuma with a spoon and fork. Hell, I didn’t even partake of a meal of rice using a spoon till I came to campus. I dig into food raw, with my bare hands. Like a bauss! And I have no abs. Ladies, I’m that guy you wouldn’t wanna see shirtless. Ever. Lots of grossly disturbing hair beneath, you’d think I live in ice. I’m that gross, even for myself. And my arm feels a tingle of pain whenever I shake someone else’s hand. I don’t even like greeting people. I don’t have short hair. Neither am I bald. I like my hair tall. But my sister said it looked creepy so she dragged my butt down to this barber at Re-Insurance Plaza in town who, without even asking what I wanted, gave me this crazy ridiculous shave that some people annoyingly mistake for a Mohawk while others say it’s just those ‘90s box-cuts [Punk, as they were referred to]. I don’t know what to call it either. But everyone says it looks nice so I’m keeping it.

Anyhow, so I thought the demands were outrageous, to say the least and I decided to get into commercial modelling instead.

Fast forward to this day and I barely have a single friend who doesn’t wish to venture into modelling sometime; especially the ladies. It’s only a matter of who goes first now. And the line is getting longer by the day.

Even ladies with weaves that look like they were shed off Chinese monks are in line, waiting for their turn. Patiently. And full of hope. Weaves that stink of rotten eggs and look like breeding grounds for sore maggots. Weaves so worn out and craggy Methuselah would turn and spit in his grave up in the mountains.

Blondes that wave their hands all over the place like gay dolphins when they speak and emit fake English accents that would make a British native crawl up under his bed and stab himself in the throat in disgust are now a common sight in photo studios. They walk in high heels with their hand bags hanging loosely around their arms and apply distinct blood-red lipstick you’d think they were straight out of a ‘Vampire Diaries’ set. They smell of cheap cologne and shop for their animal print dresses at Ngara; you know those ones that lay everything on display and will always tell you whether she’s putting on her pants or going ‘ka ni mbaya mbaya’ for the night. [I’m not sure whether that’s really a thing, I just made it up].

Their make-up will make you wish you’d never watched ‘Walking Dead’ in 3D and their teeth may seem white on picture [all hail Uncle Photoshop] but their breath smells like a mixture of stale busaa and overstocked matokes dipped in a sea of bat piss. And they have those sly walking styles you see in big offices when one is speeding towards the loo after sitting tight in a three-hour boardroom meeting, the whole while just holding back themselves from releasing a guduwan in front of their boss and fellow workmates.

Their conversations revolve around Kim Kardashian this, Amber Rose that. Vera Sidika here, Huddah Monroe there. Matter of factly, you will ask an ordinary modelling first-timer Kenyan girl to name you a few models she looks up to and Miss Sidika and Ma’am Monroe [who, technically, are not even models to begin with] will always find themselves somewhere on that list; of course alongside kina Ajuma that the whole world know.  These girls don’t even know any Kenyan fashion designers yawa.  Puh!

Modelling is literally one of the easiest careers on earth. I don’t care what they tell you. All you need to know is master how to walk down that runway like a pregnant cat, swing your hips left-right and center like a blonde UoN chic on her periods, pose for the cameras with the smile of a Colgate commercial and you’ll have your few coins in the bank.

Modelling/Photography agencies and Fashion houses are making a kill as it is now. Every girl is leaving the village to come grab their 15 seconds of fame at modelling. They could be thinking they’ll be as lucky as Vera Sidika and Huddah were; upload a few semi-nude mischievous photos from BuoArt and get everyone talking about them. Then post some horrible nightmare-evoking videos of themselves shaking their extremities on YouTube and get even more tong’ues wagging. Then join Instagram and start posting photos beside broke loud celebrities and in Naija-bound flights. And then maybe date an oil tycoon and live happily ever after.

Oh, and speaking of BuoArt, did you hear that Kevin Buo owns two German machines? Omera those things even my old man couldn’t fuel one with his yearly salary bwana. Eih!