Written By: Phanuel Isaiah aka Izzy_Dash 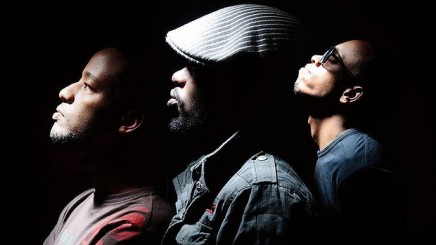 Well, I can almost bet this is the first form of essay I’ve written since I was through with high school a few years back. I just had to share my mind with you (yes you, I see you). It’s about a spot that touches on everyone in one way or another… MUSIC! (Kenyan music, in particular).  I intend to be as real as can be so allow me to start with the crappy side.

If you’ve ever taken a minute to listen to Kenyan music I guarantee you’ll feel me. Most of us share the same sentiments that Kenyan music has something missing in it. There is no need to point fingers here, it all boils down to investments. Most artistes are not ready to wholly invest in their music, though I do admit it’s a risk. I sought the opinion of a friend in the industry and he said “We, artistes, expect a lot from music but we don’t give the same” I believe music is not just about a studio session but how much you put into it; doesn’t have to be money. However, I can’t blame the musicians for not investing ‘cause of the massive foreign influence in Kenya. I mean how does it get to a point where Kiswahili is not cool enough?? Really??

Then there comes a very huge factor that pulls back our artistes… BRANDING!! Artistes need to have a full package to give. It’s not only about music but the connection with listeners, which is practically impossible without a brand. Let’s take a close example, Diamond Platnumz from TZ… I mean DAMN!! Did you see the crowd at the airport after the AFRIMMAs?? Tanzanians love this dude! It’s about the brand, there’s no time for beef (that’s so 90’s).

But there appears to be one major problem: AIRPLAY. I asked some underground artistes how they are handled before crossing to the mainstream industry and one said “We’re treated like they’re doing us a favor by playing our music” Didn’t we all see the “semi-nude’ demonstration by upcoming artistes at Nation Centre the other day over denied airplay? If you didn’t then, son, the internet is not your friend. It’s really disappointing, those are dreams being shattered. There is massive talent in the underground industry! Take a walk to a studio near you and listen to the music being made there, you’ll be in huge shock. Question is, where does that music end up? The Internet? Then what? This may sound really drastic or extreme but I feel we need to adopt a 60% – 40% policy of airplay. The former for Kenyan products.

You probably clicked in disgust when you read that but really, who do you think will come to represent Kenya for you if you won’t? Who do you think will give a damn about our music if we don’t? Wouldn’t you like to be in a conversation with someone out there and you talk about the good music in Kenya? Wouldn’t you be proud to see International awards given to your own?  Simple statistic: When was the last time you heard of a tour of Kenyan artistes together around the country if not for Safaricom shows? I wouldn’t be surprised to find out today that some of these artistes we call “big” are only known in Nairobi, what of the rest of Kenya?
Most artistes lack management and that’s the exact reason why I believe we should invest in record labels! Look at how far OGOPA DEEJAYS got, wouldn’t you like to see that more often? One of these days we should hold a meeting for Kenyans in the creative world with the Head of State and investors and all players in the industry to see the way forward (it should even be annual). At the end of the day it’s about Kenyan pride. Can’t we hoist our flag even higher? I believe we can but, hey, it’s just what I think. I can’t make the change alone.

About the Writer of this article

Phanuel Isaiah, a.k.a Izzy Dash, is an upcoming Kenyan artiste currently receiving favorable airplay on local stations, most notably KISS T.V, with two tracks under his belt: Getting Paid produced by Riccobeatz, featuring Richie G, Ceezy Montana, Bruno Kips and Izzy Dash as well as Za Kwetu, also produced by Riccobeatz and featuring Izzy Dash alongside Dida & Richie G of ATL Entertainment. Za Kwetu is a song about celebrating our local heritage and was featured in the (in)famous 50 Million Vera Sidika bleaching mixtape by one anonymous DJ a while back. The audios and videos of these tracks can be accessed and/or downloaded from the following links: